I am a product of two teachers.  My mother was a middle school physical science teacher in the Los Angeles Unified School District for 32 years while my father taught high school math for 37 years in the William S. Hart School District.  I guess you could say my life’s plan was to teach.  As a teenager, however, that’s certainly not what I wanted.

I took Algebra 1 in 8th grade and got a 98% in the class. “Wow you’re a math genius!” Actually no I’m not. The summer before I took Algebra 1 my father had me work through a course he created that was only about how to add, subtract, multiply and divide integers, fractions and decimals (called the 12 skills of arithmetic). It’s not like I wanted to do it but my father rewarded me with baseball cards (my favorite junior high hobby) for each test I got an A on. From there I had the arithmetic skills needed to be successful in Algebra 1.

When I took Algebra 1, my father would give me practice tests that I couldn’t stop taking until I earned a 100%. See in my house as a child, especially in math, there was no doing something to just complete it… it had to be mastered. My Algebra 1 skills were fantastic and, man, was I going to need them.

My 9th grade year I went to Valencia High School which was in its first year of existence in 1994. We had only 9th and 10th graders on campus. My father moved from Canyon High School to Valencia High School in 1994 and become their first math department chair. For the first time in his life my father had the opportunity to teach one of his children. Little 9th grade me had my own father for Honors Geometry as an embarrassed-of-your-parents 14 year old.

Honors Geometry was difficult for me because I was an Algebra guy. In Geometry you have to apply theorems, definitions, and postulates. There’s very little skill work.  For example if you don’t understand what an inscribed angle is, its impossible to calculate the inscribed angle.  In Algebra you can prepare the night before the test and still do alright just by practicing problems.  In Geometry, the math isn’t difficult but you do have to understand what is happening.  Now remember I had my own father for math.  What he did even in Honors Geometry is half of the final 2nd semester was also an Algebra 1 final.  With somebody who had over 30 years teaching upper level math, he knew how important Algebra 1 was to the future of our math lives.  Its for this reason and my strong background in Algebra 1 from 8th grade that I was on my way to being successful in Algebra 2.

I took Honors Algebra 2/Trig. my sophomore year with my father as a teacher for a second time.  I had all the necessary skills to be successful because my Algebra 1 foundation was solid.  It did not, however, mean I could just show up and do well.  I had to work to learn new concepts.  The H. Algebra 2 course I took was hard.  I struggled with Logarithms, Sequences and Series, Conics, Trigonometric Graphs just like everyone else.  These are difficult concepts the first time you do them.  While I can admit I didn’t really understand them, I still did well on exams because I practiced and practiced and practiced.

My junior year I took Honors Math Analysis (which today is Honors Pre-Calculus in our district) from, again, my father.  I did really well first semester because it was a repeat of Honors Algebra 2/Trig.  Second semester was hard once again.  Polar Coordinates, Analytical Trigonometry and Vectors were brutal for me.  I again percervered.  I wouldn’t have been able to tell you what any of those concepts meant but I was able to push ahead.  Math was becoming test of my willingness to survive.  It was certainly hard but I was proving it to be not impossible.  Unfortunately, right around the corner, was a course I was not mentally prepared for…. 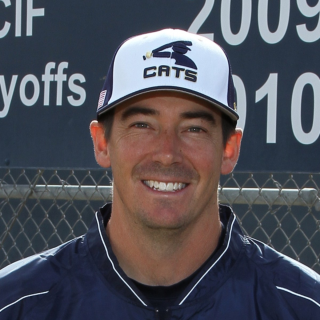 Brady Burrill is a graduate of Michigan State University with a major in Social Science and a minor in Math. He was a four year student-athlete on the MSU baseball team and was co-captain in 2003. He is in his 15th year teaching math and coaching baseball at West Ranch High School in Stevenson Ranch, California.